Today I have a story for you… 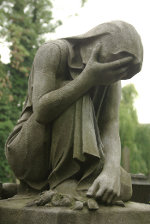 For decades, a highly successful dentist lived in what seemed to be a paradoxical way. You see, despite all of his success as a dentist, he was an extreme introvert and lacked confidence. This man felt like he lacked a “reason to live.”

Not only that, he was discouraged with being a dentist, and he was totally unaware of his most important values, passions, gifts, and life-purpose.

In other words, this highly successful dentist felt like a total failure…

And he wanted to do something about it. He realized that he had the choice either to remain a victim and continue feeling sorry for himself –or– he could take responsibility for his life. He decided to hire a life coach and immerse himself in the process of personal development.

During the decade that followed, he discovered talents for writing, teaching, and coaching, that he never realized he had. And contrary to the previous 34 years of feeling like a failure, he declared a renewed life purpose:

“To be an inspiration to himself and others.”

That was decades ago…

Now, Dr. Joe Rubino is the CEO of The Center for Personal Reinvention and has a renewed mission…

“To raise the self-esteem of 20 million people”

Yes, that’s right – little feeling-sorry-for-himself dentist Joe went from thinking of himself as a total failure to becoming one of the world’s leading experts on the topic of self-esteem.

Dr. Joe Rubino is now a best selling author of 9 books (including a children’s book that is being made into a movie!) and 2 audio sets, an acclaimed speaker, course leader, and just an all around great guy. 🙂

Joe has been so kind and supportive to me since we’ve known one another, and today I’m grateful to “pay it forward” (if you’ve seen the movie, you know what I’m talking about) and support him in his mission to reach 20 million people.

Today I share with you his complimentary audio “7 Steps to Soaring Self Esteem.”

And did you know that most of us have some form of self-esteem challenge?

(actually, rumor has it roughly 85% of all people do)

The thing is, when it comes to personal development, I believe that nothing is more important than having a solid foundation of self-esteem. The reason is because our self-esteem gives us a foundation, it gives us the courage to explore ourselves and the world we live in.

Without self-esteem, we will consciously (or unconsciously) run into some of these challenges…

As you can see, not all self-esteem issues are the big “I feel like a failure” kind. Some of them are quiet self-saboteurs… kind of like a small ache we forget is there because we “get used to it.” Unfortunately, all of them sabotage our best efforts at empowering ourselves.

If you haven’t already listened to Joe’s free audio, then click the link below now to get it:

“7 Steps to Soaring Self Esteem”

I did not write this article – I got it via email Self Esteem Newsletter that I’m subscribed to.

Studies show that high self-esteem is the #1 ingredient essential for developing happiness, fulfillment, rich relationships, and overall success in life. In the life of every child, usually sometime between birth and age 6, something happens to have the child doubt him or herself. Someone says or does something that has the child believe that he or she is flawed, unlovable, not worthy, imperfect.

This initial stressful incident is the first real realization that the child is not perfect and fails to measure up to society’s standards in some important way. The initial upset can be one of two types. The first assault could be an unkind word from a peer or authority figure, a spanking, an insult, an argument, a bullying or name calling episode. It could occur as a direct result of something the child said or did that provoked an attack on his or her sense of worthiness or ability to fit in.

The second type of self-esteem diminishing episode can be as a result of the child misinterpreting someone’s words or actions to mean that the child is flawed, unlovable, or defective in some way. In such a case, no insult or demeaning connotation was intended. The facts were that someone said or did something. The child mistakenly made up that there was something wrong with him or her as a result of what was said or done.

Daily, there are hundreds of opportunities for a child to misinterpret life in a way that tarnishes their self-image over the long term. A common example of such a misinterpretation can be when parents get divorced. What happened was the adults fell out of love or realized that they wanted to separate. What the child made up was that if he had only been a better boy and did a better job cleaning his room, or picking up his toys, mom and dad wouldn’t have fought so much and would still be together. The child may make up that he is bad and people leave him because of this.

Another example of this faulty reasoning might be an episode where the parents drop off a child for a week with a relative. Perhaps they feel they need a vacation or might need to tend to some business matter and decide that it would be easier for the child to be minded by a sitter. The child makes up that his parents don’t love him and that people want to get rid of him. With this sort of tendency toward faulty interpretation, there are literally thousands of opportunities for the child to attach a meaning to the situation that begins the process of eroding self-esteem.

The process of diminished self-esteem does not stop at such an initial decision regarding the child’s value. The child, armed with the belief that she is not good enough, now scans for additional situations that may serve as more evidence to reinforce this initial thought of being flawed. During such potentially upsetting events, the child reinforces this idea of unworthiness by further interpreting life events to prove the fact that she is defective. After years of accumulating such evidence, their self-image deteriorates further with every episode. Before long, there is no doubt in the person’s mind that there is something wrong with them. After all, they have created a self-fulfilling prophesy to cement this belief firmly in their self-perception.

Parents can do much to support their children to feel good about themselves and to champion their child’s self-image. They can continually reinforce the concept that no one is perfect and all one can do is their best. They can be a source of unconditional love, supporting the child at every opportunity and encouraging them to see themselves as worthy of affection, abundance, love, and trust. They can make sure that the child understands that they, as parents, might not always agree with the child’s behavior. However, they can continually reinforce that the child is NOT their behavior. Everyone makes mistakes and life is a process of learning and growing. No matter what mistakes the child makes, he or she must realize that they are always inherently good, lovable, and worthy.

Parents can continually reinforce that they love their children unconditionally. Children need to realize that even when they make mistakes and parents do not approve of their behavior, this does not affect their love for them or their sense of value. Children will benefit from knowing that they are loved for who they are, not just what they do.

Parents can speak respectfully to their children, reassuring them of their competence, capability, and inherent value. They can empower them to make their own choices whenever possible, fostering their belief in their own ability to make wise decisions and learn from any mistakes. They can give them responsibilities that nurture their self-confidence and belief in their abilities. Whether that looks like making their bed, helping with household chores, or selecting their favorite juice at the grocery store, each can serve as an opportunity for the child to grow in self-confidence.

Parents can consistently acknowledge their children for worthwhile qualities they see in them. They can get into the habit of finding something good about them every day and pointing it out. Parents can support their children to see what might be missing for them to be more effective with other people or in accomplishing their goals. Rather than focusing on their weakness and faults, they can empower their strengths and communicate that everyone has unique talents and gifts that make them special. They can support children to identify their passions and pursue their special interests and develop their gifts.

Parents can teach their children to interpret life with empathy. They can support them to imagine what it is like in another person’s world so they can better understand why people do the things they do. They can support their children to not take the reactions of others personally. When children realize that no one else can make them angry, sad or afraid, only they themselves can, they learn to not be reactive and easily provoked by others’ issues. Parents can teach their children to forgive themselves for mistakes they make. They can teach them the value of cleaning up any mistakes by speaking and acting responsibly. They can also teach them to forgive others, knowing that they are doing the best they can based upon how they see the world. This does not mean that we condone bad behavior. It means that we can better understand why others do hurtful things at times and separate out that they do them rather than interpreting that they do them TO us.

Many mistakenly confuse high self-esteem with ego. It is important to distinguish between fostering high self-esteem in children, as opposed to creating ego-maniacs obsessed with themselves at the expense of others. High overall self-esteem means being competent and capable of producing a result in every area of life. This includes being effective in our relationships and in our communication with others with an appreciation for what it is like in the world of other people. Those who care only about themselves with no concern for others do not, by my definition, possess high self-esteem.

It would serve parents to commit to themselves being perpetual students of personal development, knowing that their children will model their actions and their approach to life. It is with such an energy of respect, love, and acceptance that children will receive the tools they’ll need to grow into self-actualized, happy, and self-assured adults possessing high self-esteem.

For more information on how to develop extreme self-esteem for you and your children, visit The Self Esteem System.